Read about the candidates for YAP's next Music Director

Conductor Benjamin Grow has worked with a wide array of ensembles in New York City, from Chelsea Opera to The Broadway Chamber Players, and new music groups Ensemble Échappé and counter)induction. As music director of Tom Cipullo’s Glory Denied in 2015 at the Prince Theater in Philadelphia, Grow “expertly coached the singers and led the orchestra” (Broad Street Review), and his “fine detailing delivered the ferocious power of this score” (Huffington Post), in what The Philadelphia Inquirer said was the “most unforgettable opera” of the year. He conducted the recording of I Have No Stories To Tell You, a new work by Opera Philadelphia’s Composer-in-Residence, Lembit Beecher. He also conducted Beecher’s oratorio, And Then I Remember, in “an expert performance” (WKCR) at the DiMenna Center in Manhattan. In 2015, Grow won the International Conducting Workshop and Competition in Atlanta, GA. He has participated in masterclasses with Kurt Masur and Larry Rachleff, and assisted conductor Jeffrey Milarsky at the New York Philharmonic in June 2015.

Gary Casity is the Founding Music Teacher at New Visions Charter High School in Queens, NY, where he established a music program consisting of Band, Chorus, and Introduction to Music. From 2015 to 2017, he was part of the Lincoln Center Scholars Program, and he participated in the year-long Carnegie Hall Music Educators Workshop. He is also an Amp Up NYC Certified Teacher. Mr. Casity holds New York State and Connecticut Educator Certification in Music (K-12).

Mr. Casity’s musicianship is informed by a wealth of professional conducting experience, most notably as Associate Conductor of Sarasota Opera (24 fully-staged performances per year). He has worked as conductor and pianist for organizations such as Opera New Jersey, Opera Southwest, Opera in the Ozarks, Mercury Opera, Commonwealth Opera, dell’Arte Opera, Vertical Player Repertory, and City College of San Francisco. As an instrumental conductor, Mr. Casity has conducted the Hot Springs Music Festival Orchestra, Waco Symphony, and Baylor University Symphony.

Russel Ger’s broad repertoire spans orchestral, operatic, and choral music, which he conducts across North America and his home country.In September of 2016, Mr. Ger began his tenure as the new Music Director of the Greater Newburgh Symphony Orchestra in the heart of the Hudson Valley. Here he will conduct several subscription concerts each season, in addition to Family and Pops concerts.

As the 2014 recipient of the prestigious Brian Stacey Memorial Trust Award for Emerging Australian Conductors, Mr. Ger became a candidate for the position of Assistant Conductor with the Queensland Symphony. Mr. Ger was also invited to participate in a special showcase with the Melbourne Symphony Orchestra. In 2013, Mr. Ger was selected as one of four Finalists from around the world for the prestigious 2nd International Chicago Symphony Orchestra Sir Georg Solti Conducting Apprenticeship. The audition took place before a panel of experts headed by the great mezzo-soprano Marilyn Horne, and Chicago Symphony music director Riccardo Muti.

Mr. Ger has toured North America with renowned violinist Itzhak Perlman, promoting a recording for Sony of Jewish art-music made in 2012. Performances took place at the Hollywood Bowl with members of the Los Angeles Philharmonic before an audience of 10,000, and at the Barclays Center arena in New York for an audience of 6,000. The tour also drew full-houses at the Boca Raton Arts Festival, Boston Celebrity Series at Symphony Hall, Ravinia Festival in Chicago, Long Island, and Toronto. 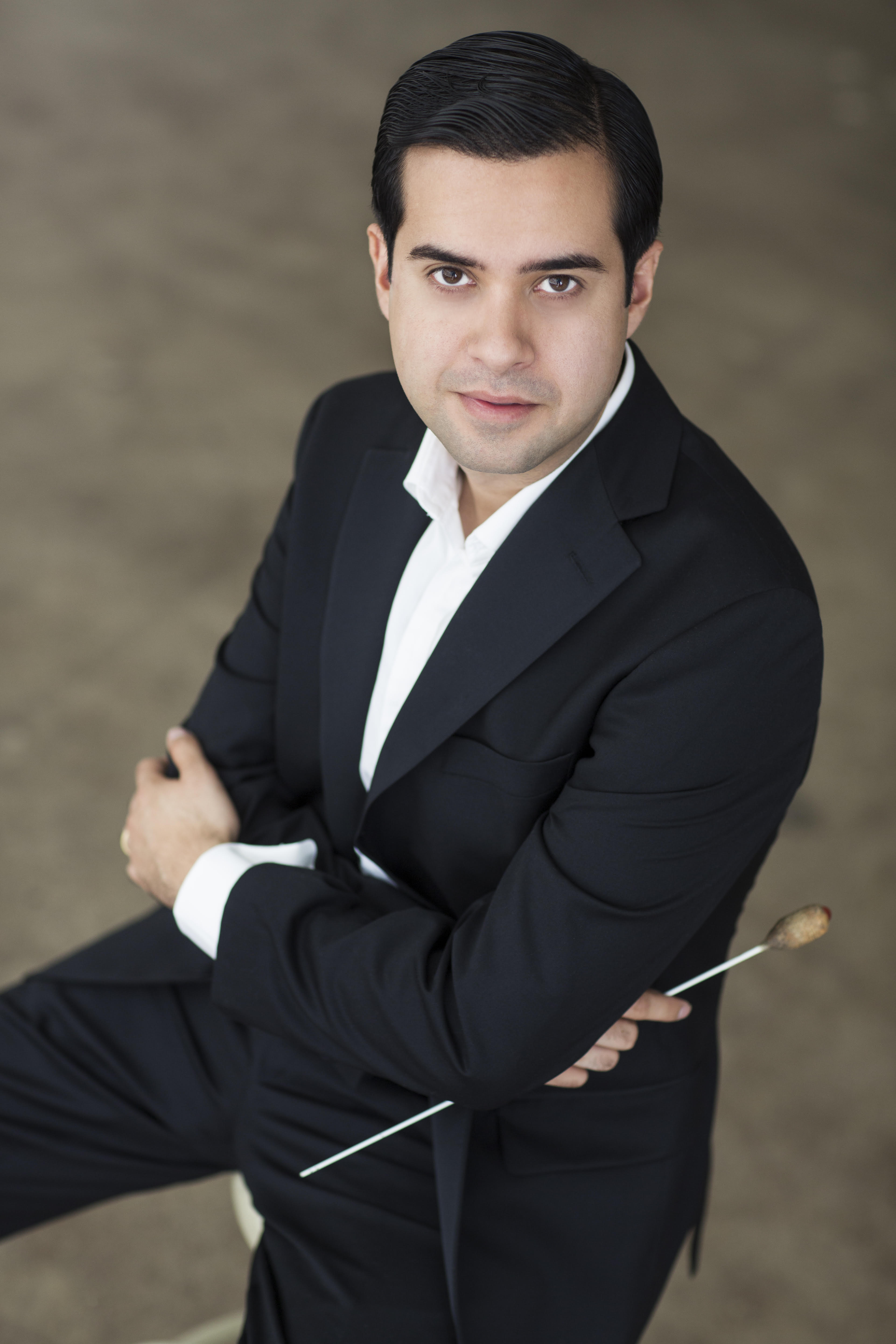 Joshua Bavaro is currently in his 8th Season with as the Assistant Conductor with the Greenwich Symphony. He has previously served as Music Director of Music at the Gate, Associate Conductor of Maryland Lyric Opera and New York Opera Exchange, and Assistant Conductor for Eugene Opera and the Piedmont Symphony. Dr. Bavaro has performed internationally in Italy, Argentina, Canada, and most recently in Mexico leading the Sonora Philharmonic Orchestra in the opening and closing concerts of the 2016 Alfonso Ortiz Tirado Festival; where he lead a concert of opera arias and a nationally televised performance of Carl Orff’s Carmina Burana. As an opera conductor, Dr. Bavaro has worked on productions of Rigoletto, Falstaff, Lucia di Lammermoor, Romeo et Juliette, Carmen, Don Giovanni, Aida, Dialogues des Carmélites, Die Fledermaus, Der Schauspieldirektor, Amahl and the Night Visitors, A Midsummer Night’s Dream, Turn of the Screw, and Susannah, as well as a number of new works. Dr. Bavaro completed his Doctoral studies at The Catholic University of America in 2017 under the tutelage of Murry Sidlin. He holds his Master of Music and Bachelor of Music degrees from Manhattan School of Music.