The Board of Directors of the Young Artists Philharmonic (YAP) is pleased to announce the appointment of Benjamin Grow as the orchestra’s new Music Director. Mr. Grow becomes the third Music Director of YAP, as it begins its 59th season in September. Benjamin Grow comes to YAP having worked with a wide array of ensembles from Chelsea Opera to The Broadway Chamber Players, and new music group sinfonietta Ensemble Échappé. On being appointed the third Music Director for YAP, Mr. Grow said “I am thrilled with this appointment and thank the search committee and the board of directors. I look forward to working with and getting to know the talented students I met during the search process.” YAP conducted an extensive search for a new music director taking six months to thoroughly vet 50 qualified candidates from the U.S. and Europe through a rigorous process of reading resumes, watching performance videos, getting feedback from our young musicians on trial rehearsals, input from the Board of Directors and recommendations from the broader music community in Fairfield county. Jessica Kung, a member of the search committee said, “The appointment of Benjamin was made unanimously by the Board of Directors. The fact that everyone was united in their decision says a lot about the Board and its commitment to taking Young Artists Philharmonic to the next level.” Rainer Busch, a member of the Board of Directors and a long-time Greenwich resident said, “The Young Artists Philharmonic is excited to welcome Benjamin as its third Music Director. He impressed us with his energy, enthusiasm and musical excellence.” Young Artists Philharmonic has had a very successful 58th season with a performance at the Yale School of Music, a very successful gala at the Greenwich Water Club in early May and a final spring concert at the Italian Center, Stamford on May 20. YAP has also had very successful collaborations with Christ Church Greenwich Choir and Greenwich Symphony. The 2018-2019 season promises to be another very exciting year with Mr. Grow as the new Music Director playing a pivotal role in the growth of the orchestra. The line-up for 2018-2019 includes continued partnerships with orchestras in Fairfield County as well as opportunities to perform challenging repertoire at new and world class concert halls. Greg Robbins, Executive Director said, “I am really excited about all that we are planning to offer our musicians in the 2018-2019 season and can’t wait to share our programs with the students and their families.” About Benjamin Grow Conductor Benjamin Grow has worked with a wide array of ensembles in New York City and serves as Music Director/Principal Conductor of Chelsea Opera and Co-Director/Associate Conductor of the sinfonietta Ensemble Échappé. As music director of Tom Cipullo’s acclaimed opera, Glory Denied, in 2015 at the Prince Theater in Philadelphia, Mr. Grow “expertly coached the singers and led the orchestra” (Broad Street Review), and his “fine detailing delivered the ferocious power of this score” (Huffington Post), in what The Philadelphia Inquirer said was the “most unforgettable opera” of the year. He conducted studio recordings and workshops for Opera Philadelphia in works by their former Composer-in-Residence, Lembit Beecher. Mr. Grow has participated in masterclasses with Kurt Masur and Larry Rachleff, and in 2015, he won the International Conducting Workshop and Competition in Atlanta, GA.   Mr. Grow has been guest conductor at the Manhattan School of Music, assistant conductor at The Juilliard School, and currently conducts the chamber orchestra at Berkshire Summer Music. For several years, Mr. Grow co-presented an annual lecture at the 92nd Street Y, “The Physics of Music,” as part of their Mysteries of Science series, and has given pre-concert talks at the Museum of Biblical Art. He received his Bachelor of Music from the Shepherd School of Music at Rice University, and his Master of Music at the Manhattan School of Music. 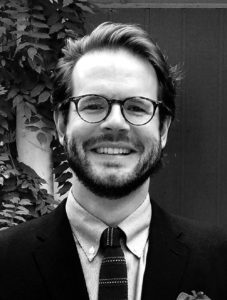